Being Croatia’s most popular destination, this beautiful city will not only excite Game of Thrones lovers, but also leave romantic couples in awe and offer plenty of selfie opportunities with Instagram-worthy backdrops

Like any other Mediterranean city, Dubrovnik has the power to hypnotize you in a heartbeat. Its pristine coastal borders are a far cry from the Siege of Dubrovnik, a pivotal battlefield during the Croatian War of Independence in 1991. People in Dubrovnik are warm, charismatic and good looking. They don’t heckle you for money, force you to join a tour or buy into what they are selling.

Its main attraction, the Old Town, is a UNESCO World Heritage Centre that is mesmerizing from afar and within. From the moment you step foot into the walls of what is known as The Pearl of the Adriatic Sea, your mind immediately immerses itself into medieval times.

The Old Town is packed with tourists that range from large tour groups that are distinguished by their pack leader’s flag and those unapologetic couples who sit against the city walls, kissing passionately for the world to see.

Dubrovnik, in a nutshell, is incredibly romantic. Come with your partner. Be one of those annoying couples that hog up the best spots in town, gazing into the sky as it changes colors. Whip out those selfie sticks and steal a kiss in a quiet alleyway. Seriously, don’t come with a tour. You’ll want time to yourself and the luxury of finding the best place that gets you 1,000 likes on Instagram. 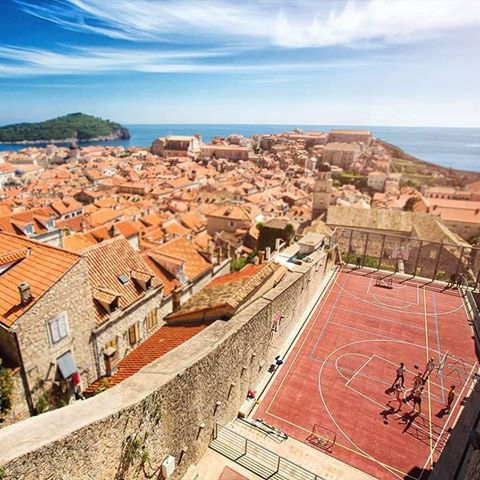 Dubrovnik is a popular spot for cruise ships to dock for a night or two. However, one day to stomp the grounds of where Cersei Lannister from Game of Thrones did her walk of shame is simply not enough. The Old Town is meant for you to sit back, relax and let time pass with a cold beverage in hand. The best mode of transportation is to fly, but flying into Dubrovnik is no piece of cake either. There are no direct flights from Asia to Zagreb, Croatia’s capital, so you’re better off extending your vacation to explore other main tourist hubs like Rome, Madrid or London.

If you are observant, people watching is an entertaining pastime. In almost every corner, you will find a daughter, girlfriend, wife or mom pose against the town’s chalk walls for that insta-worthy picture. I’ve witnessed, in a span of an hour, a few outfit changes where a teenage son was forced to snap away while his mom posed for America’s Next Top Model. There are ladies in stilettos, but if I were you, I wouldn’t follow. The floors are as smooth as a fresh ice skating rink so you’re bound to slip and curse a few times at your poor wardrobe choice. So, what is the right outfit? If you want to impress, come in a flowy dress that shows off your shoulders and legs. Maxi dresses paired with sun hats are a common sight, but so are distressed shorts with bikini tops peeping through a white tee. Moral of the story? Dress comfortably.

When on vacation, there is no such thing as dieting. The rule of thumb is to diet beforehand. In Dubrovnik, you are spoilt for choice. Before anything, do your research. Don’t fall into the trap of picking a restaurant for its view because you’re bound to be disappointed at how mediocre their food is. In almost every restaurant, there are black chalkboard signs that offer fried calamari, pizzas and pastas. If you see it, walk away. You’re not layering on fat for something that you can get at your local bar. Instead, scout places that serve risotto or offer Dubrovnik’s Catch of the Day. A one-kilogram seabass encrusted in salt is a Dubrovnik delicacy and so is their squid ink risotto that is less rich than Italian versions. The city is also famous for oysters. An hour outside of Dubrovnik, Mali Ston is where fresh oysters are farmed. These little creatures are skinny and frankly a little disappointing as I prefer them creamy. Croatian cuisine in Dubrovnik is simple with Italian flair. Avoid meat, enjoy what the Adriatic Sea has to offer and treat yourself to some truffle.

When in Dubrovnik, living in the moment is a necessity. So for a few days, live like they do and hide your phones (except for crucial photo ops). Take leisurely strolls along the walls that surround the Old Town or hike Srd for a panoramic view of Dubrovnik. Rent a speedboat, hire a skipper and hop from one island to the next. Dine by the crystal blue waters of Kokosar Island at Villa Ruza and swim into the Blue Cave after. Jump off the cliff of Buza Bar, hop on a kayak and paddle along the town’s coastline. If you are an appreciator of personal space, don’t come during peak season (summer). Plan your trip in either April or September where most tourists share the same hint of grey or white in their hair color. Stay for no less than three days and detach yourself from the real world. 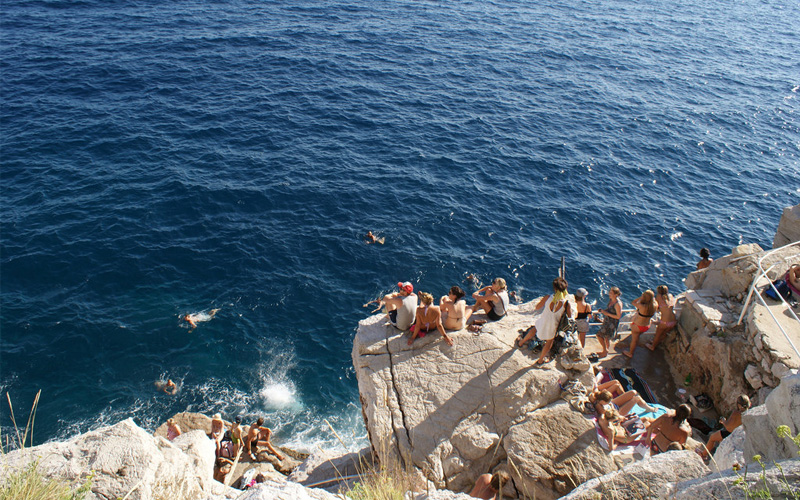 There are a number of neighboring Croatian cities and Eastern European towns that surround Dubrovnik. If you want to be ambitious and conquer all, then hire a driver. Niksa Prkut, a true Dalmatian man, owns his own excursion service. He is a true gentleman who does not boast of his past celebrity clients. Not to name drop but Peter Dinklage and D.B. Weiss, screenwriter and executive producer of Game of Thrones, were his clients. Niksa, or Niki, is honest and open with his experience as a child during the Croatian war. He is also a man who loves food and will take you to restaurants where locals dine. Overall, if you plan to spend a day with a stranger, hire a driver that acts as a guide. With Niki, you won’t go wrong.