Activist-photographer Yann Arthus-Bertrand, who is most famous for his distinct “Earth from Above” photography, talks to Vivienne Tang about the future of the planet, carbon footprints and the power of the individual

French photographer-turned-environmentalist Yann Arthus-Bertrand, famous for the aerial photography captured in his book Earth from Above, as well as the documentaries HOME, Planet Ocean and Human, is an activist who highlights the importance of a sustainable lifestyle. His book, which has been translated into 24 languages, and his exhibitions visited by more than 130 million people, have influenced the way people think and view their environment. All his photos are captioned with a message that stresses the importance of protecting Earth. He also instigated the TV show Vue du Ciel, set up the GoodPlanet Foundation and started the 6 Billion Others project, which showcases the people of the world. 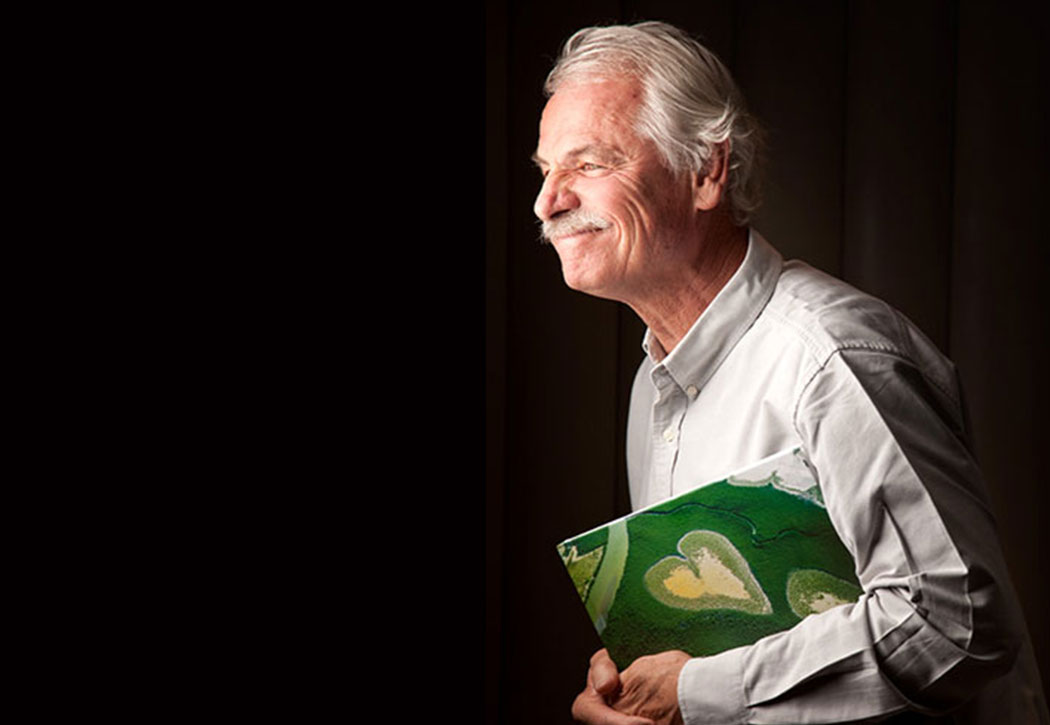 How did you go from photographer to environmentalist?
There was the Rio conference in 1992, and I decided to do a big project on the planet. And for five years I was flying a lot. When the book [Earth from Above] came out, it was an amazing success. We sold three million copies, or more now. 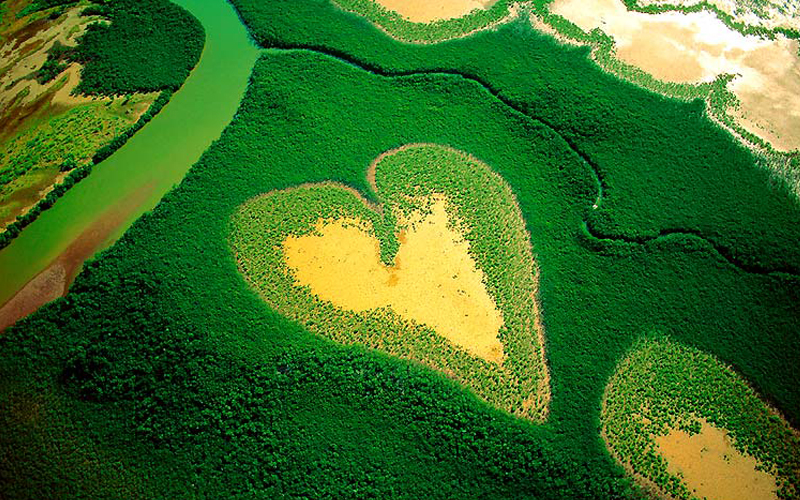 Was the book already based on sustainability?
It was based on the state of the planet. You have to remember that in the year 2000 we didn’t speak about global warming and the environment like we do now. This changed my life, because I set up a foundation. I’m doing movies, a TV show. I present NGOs around the world, and we sold the TV show to 50 other countries. I’m an activist. The meaning of my work is very important, so I’m trying to convey a strong message.

Every photo has a caption. What’s the overall message?
Protecting the planet means nothing to me, because the planet is going to keep on turning. It won’t stop. It’s about protecting the life the way it is now, because life can change, and we’re part of this life. We’re not on this planet for a long time. We have to understand that the life began three billion years ago, and we’ve only been here for six million. We’re nothing at all. When I was born, we were two billion people, and we’ll be seven billion next year. This is an impact on the planet. We’re eating the world. There’s not nature on one side and man on the other. Man is part of nature. We’ve forgotten that. 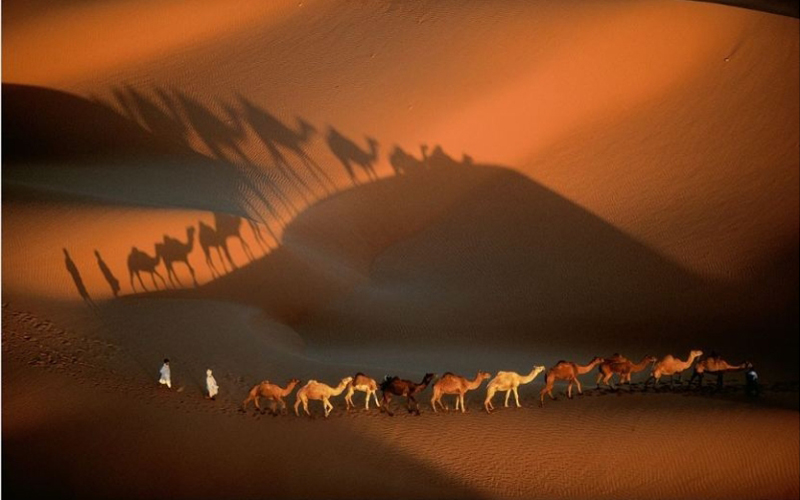 Name the most memorable place you’ve visited?
I think every place is interesting. I’ve been to so many places. I don’t know…I think the people are more interested in landscapes. The voice of people is very interesting for me. Do you know the project 6 Billion Others?

Is that still ongoing?
Yes, in fact all my projects are always ongoing. I cannot stop. It’s difficult for me. When we work on projects like 6 Billion or Earth from Above, it’s never finished. There’s always something you want to do.

So 6 Billion Others is more about interviews with the people who live in these places?
Yes, it’s video, not photography. We pose the same question to everyone around the world – about happiness: “What are you afraid of? Do you believe in God? What do you want to change in your life?” Things like that. 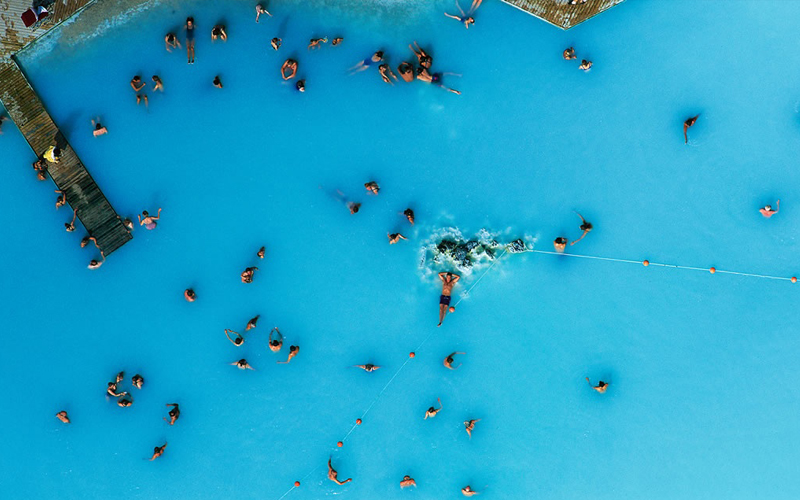 You usually fly in a helicopter. How do you justify the carbon footprint?
We do offset. Of course, it’s not the perfect thing to do. The perfect thing to do is not to fly. But that’s not the way that I show the world. It’s difficult to explain the world and not to go into photographs. We give money to NGOs and we offset the energy. It’s really well done and I’m very proud of it. And at the end of all my TV episodes, we explain how much carbon we’ve used.

What do you think each one of us can do to change the impact we have on the planet?
There needs to be a revolution in our civilization. Not a political, economic or scientific revolution, but a spiritual one. We need to understand that everybody can do something. I think that business is leading the world. It’s not politics. Our envy to consume is leading the world. Nigeria, for example, has the same amount of babies as Europe. And all these people want to consume. They want to have a telephone. They want to have a car. And it’s impossible for everybody to have a car like in America or Europe.

Today in the world you have close to 900 million cars. If everybody had a car like in America, it would be five billion. There’s not enough rubber, not enough metal, not enough petrol. What can we do? It’s difficult to say, “I can. You cannot.” We have to learn to live in a better way with less. It’s nice to have. It’s nice to own your house, but I think we have too much. It’s difficult to find that balance. It’s not going to be a political solution. When we went to Copenhagen, we realized that it wasn’t working. We need something stronger.

See also: 10 Things to Do in Bohol 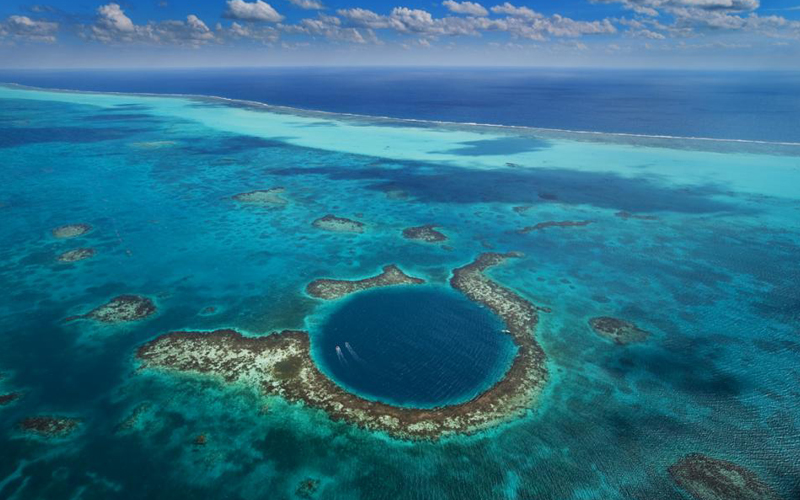 What are your challenges? What are your frustrations?
I don’t know why people don’t think like me. I don’t understand why we continue to live like before. Everybody knows if you speak about overfishing, global warming or the end of petrol. They know, but they don’t want to believe it. And this is my frustration. I’m an activist. I want to convince people. Why don’t people understand what is going to happen?

Do you think something will happen within the next five to 10 years?
Nobody knows, but in 20 years, our lives will be very different. I came here in a plane in two days. It’s ridiculous. Nobody is going to do that in 20 years. I don’t believe we’re going to find something to replace petrol. Impossible.

Is it up to the government to do something about it?
We live in a democracy. I think that the individual has the power. We vote, we buy. If we don’t like the politicians, we change them. I think the politicians resemble us. They’re not better or worse than us. I don’t think that we have the bad petroleum people on one side and the good consumer on the other. It’s the same. yannarthusbertrand.org 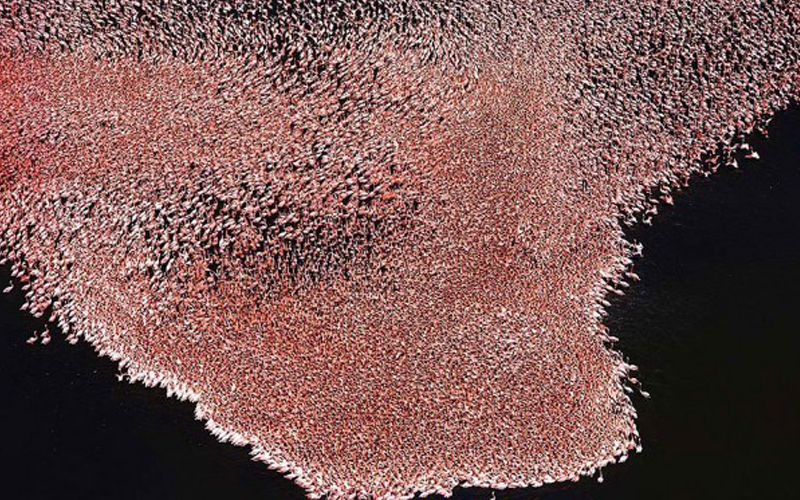