A much-discussed topic, fertility has become one of the biggest wellness trends this year, according to the Global Wellness Summit

Although the world’s birth rates are reaching historic lows, we’re seeing a corresponding increase in reproductive technology. As the topic is increasingly being debated and people grow more receptive to getting help, the world will see a boom in fertility wellness.

WHY ARE WE TALKING ABOUT FERTILITY WELLNESS?

We may be the most advanced society in human history, but we’re also experiencing lower birth rates around the world.

Infertility is a major factor. In the US, 13% of couples have trouble falling pregnant, while 10% of women aged 15-44 have difficulties getting and staying pregnant. However, there are other reasons for these low birth rates:

Infertility is still not widely discussed, especially in Asia where it’s considered a taboo topic. Emotional support is important for dealing with fertility issues and opening the conversation has been a good step forward.

“There are more resources available now online,” says Jenny Ostling, a Holistic Therapist specializing in women’s health. “And, because more people are having difficulties, there’s more awareness of it.” Social media has been surprisingly helpful, with celebrities like Kim Kardashian and Chrissy Teigen taking to Instagram and Twitter to discuss their struggles with infertility and pregnancy.

But there’s still room for improvement. At US$20,000, costs for in-vitro fertilization (IVF) treatments in most of America are still prohibitively high – though they can be lower in places like Czechia, Spain or Mexico. In addition, although egg-freezing is becoming more popular, it’s still not widely available. These are specific examples, but they show there’s still work to be done.

Technology has come a long way in the 21st century, and that goes for fertility technology, too. A plethora of wearables, apps, and other digital solutions are being released to help couples tackle infertility.

Apps like Clue, Cycle, and Glow allow women to take control of their periods – and fertility – by tracking things like body temperature to create an overview of their ovulation cycles. There are even meditation apps, such as Expectful, which you can listen to when preparing to conceive, taking you all the way into pregnancy and postpartum.

Many apps sync with wearable technology for more accurate data. The Apple Watch features a Cycle Tracking app, while Swiss startup Ava produces a bracelet that tracks heart rate and basal temperature (among other things) – and has helped over 30,000 couples get pregnant.

Men aren’t being left out, either. YO is an at-home testing kit that lets the boys check their sperm health with just their phone cameras.

WELLNESS RETREATS
Stress is responsible for up to 30% of cases of infertility; unhealthy lifestyles are a problem, too. That’s why smart resorts are designing special retreats to help couples struggling with infertility.

In the Philippines, The Farm at San Benito offers a Female Revitalization program that addresses hormonal imbalances and cellular aging. It also addresses fertility issues with consultations, nutrition, medical tests, psycho-emotional support, and hormone and sleep therapy. Similarly, Amchara – which has resorts in Malta and Somerset, in the UK – has hormone health retreats that include nutrition, genetic testing, and a fertility detox.

The idea of a woman harvesting her eggs and freezing them just in case she wants to get pregnant one day was almost unfathomable just a decade ago. Now though, it’s a sought-after choice. “Some women are opting for it because they want to have kids later in life but worry their egg quality won’t be as good,” says Ostling. In 2017, 11,000 babies were born through egg-freezing cycles, a 24% increase on the previous year; the market is expected to grow by 25% annually.

This growth can be attributed to substantially better technology. “Egg-freezing technology hasn’t been very good in the past, but new Egg Vitrification technology causes less damage to eggs,” says Ostling.

Funding the necessary research is key to further develop egg-freezing technology. Luckily, it seems like the right people are ready to invest. Mojo, a startup aiming to improve IVF and egg-freezing with AI and robotics, recently received a €1.7 million seed fund; egg-freezing start-ups Extend Fertility and Kindbody received $15 million apiece in 2019.

The fertility boom is not just about reproduction and raising global birth rates, though. At its core, the trend is about people taking more control over an aspect of their health they don’t usually consider.

See also: The Iceman Wim Hof on How to Reset Your Immune System 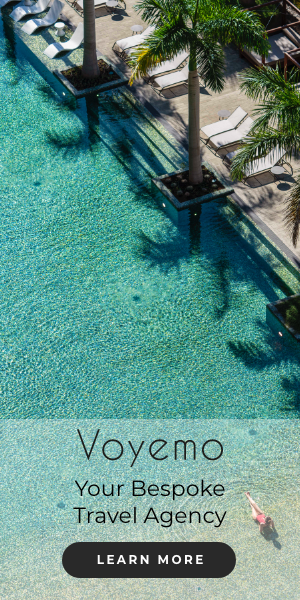