Founded on the philosophy that to thrive in today’s busy world we need to invest in our greatest asset, our health, Grace Belgravia has become the focal point for London’s elite to recalibrate

Located in Knightsbridge, this women-only private members club takes a 360-degree approach to health and wellbeing; from an in-house GP to on-site nutritionists, a spa, and even gynaecologists, Grace Belgravia has it all. 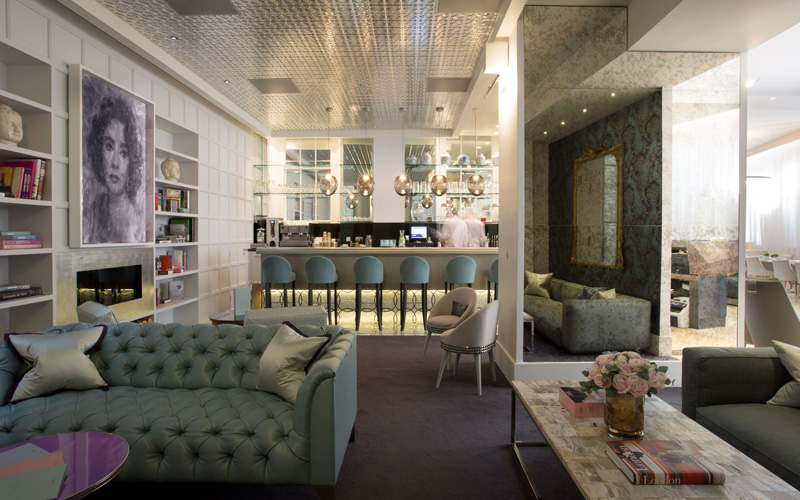 Stepping through the front doors of the grade 2 listed building, the club’s entrance resembles more of a living room than a health club. I expected to walk into a room with starch white walls and practitioners in scrubs. Instead, I found myself surrounded by an extensive library with an open fire and welcoming armchairs.

Upstairs, the atmosphere is more medical. Preventative medicine and ageing well are fundamental to the club’s approach to health and wellbeing. With over forty practitioners, the services on offer include treatments for sleeping disorders, eating disorders, anxiety and depression, as well as hormone nutrition, laser treatment and a fertility clinic, to name a few.

The meaning of my visit was to experience the club’s one-day Cleanse Me program. While most spa days leave you feeling pampered, this is one that delivers long-term benefits.

After completing several consent forms I was led to the club’s infusion clinic for the first treatment on the program, an intravenous vitamin infusion. Of all the treatments I was told I would be given, this was the one I was most excited for. I had seen countless posts on Instagram of the rich and famous hooked up to these drips to alleviate their hangovers, so when the opportunity to try one out was offered to me there was no chance I was going to let it pass me by.

The body is only capable of absorbing 20% of oral supplements while IV vitamin infusions ensure 100% absorption straight into the blood stream, so to say that these infusions are used only to cure hangovers would be doing them a disservice. They also slow down the ageing process, boost energy, hydrate the body and support the immune system. 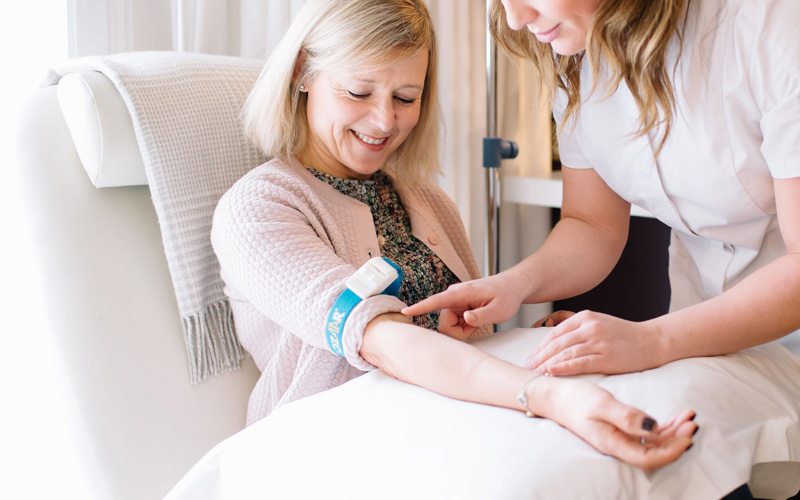 To start, I was given an injection of glutathione, an antioxidant that the body produces naturally, then I was hooked up to the IV drip, given a spinach based smoothie and told to relax and watch TV. I was on the immune support infusion (made up of vitamin C, zinc and antioxidants), created for those who are prone to colds and wanting to strengthen their immune system. Every 10-15 minutes the nurse came to check on me but for the most part I was left alone. After 40 minutes I was unhooked and told the benefits would start kicking in later that day, but for now I would be fine to head down to the club’s studio for the second part of the program, Raise the Barre. 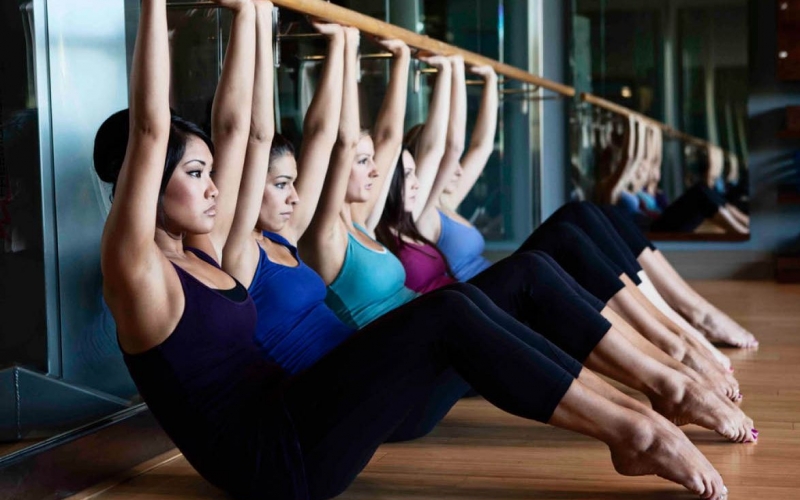 Raise the Barre fuses traditional ballet to tone and lengthen the muscles, high intensity cardio to encourage maximum fat burning and mat based Pilates to tighten the core. Whilst the choreography was slow, it was intense and there was only one other club member in the class, meaning I got plenty of attention (and scrutiny!) from the teacher.

See also: Wellness at The Savoy 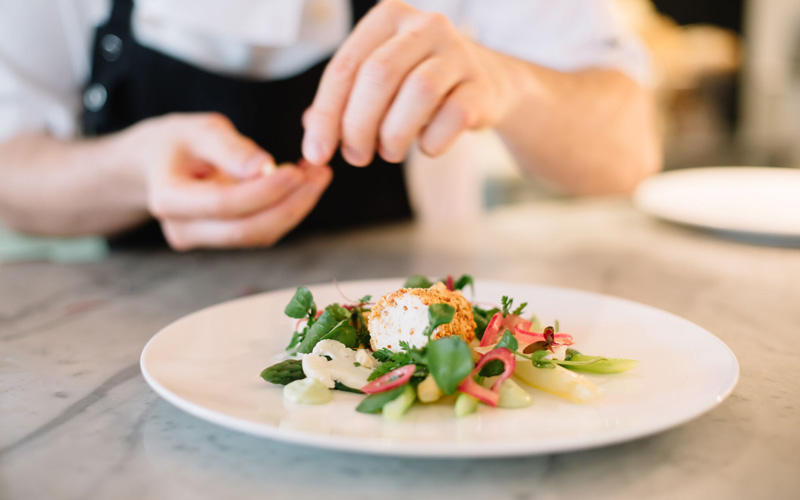 After the class I took a quick lunch break at the club’s restaurant. The on-site chefs work closely with nutritionists to fill the menu with a rainbow of fresh ingredients. Calories are not counted here, instead, members have a choice of three portion sizes: ‘a little’, ‘a little more’ or ‘a lot.’ For my starter, I opted for almond butter with carrot and cucumber sticks, followed by veggie quinoa sushi rolls as my main, then made my way to the spa for the final treatment of the day, the Capri Palace Leg School Treatment.

The Leg School is a series of treatments for cellulite and vascular problems in, you guessed it, the legs. It is only available at two places in the world – The Capri Palace Hotel & Spa in Capri and Grace Belgravia. I had not heard of it prior to my visit and I certainly didn’t think it would be appropriate for me, a 26-year-old. However I was told that because I have an office based job and because I had been on a flight the day before, it would actually be the most beneficial of all treatments on the program for me.

The treatment took place on a bed in a steamed room that smelled of Vicks vapour rub, with six showers in a row hanging above the bed. Once lying down, cold medical mud that invigorates the venous walls was smothered onto my legs. Immediately they began to tingle as though they had actually been covered in Vicks.

After twenty minutes, the mud was washed off and my legs were wrapped in freezing bandages that were pulled directly out of an ice bucket. The therapist explained that this step is highly effective in treating water retention and reducing cellulite. To distract me from my slowly numbing legs, she gave me a scalp massage and a lymphatic drainage massage around my collarbone, neck and jaw line to help eliminate toxins.

Fifteen minutes later, the bandages were swiftly taken off and the warm showers hanging over the bed were switched on to warm me up. The warmth didn’t last long though. Step three, the final step, involved my legs being massaged with two iced marble stones. 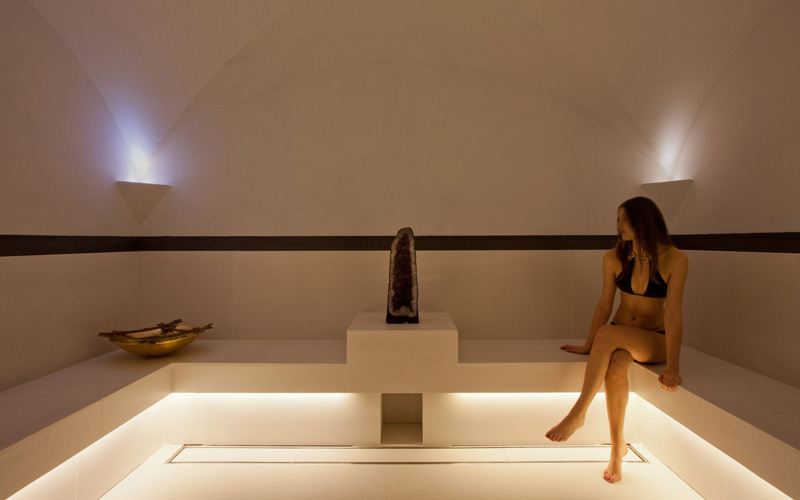 This alternating hot and cold therapy works wonders. When the legs are in a very cold environment, the flow of circulation is directed inward toward the internal organs. When the legs are in a hot environment, the flow of circulation goes outward toward the skin. Alternating between hot and cold water makes the circulation move in and out like an accordion. This has the effect of unblocking stuck flow, increasing the rate of detoxification and moving nutrients more readily to various parts of the body. Consequently, alternating between the two helps prevent varicose veins forming and reduces the appearance of cellulite.

I walked away from the treatment bed with legs like feathers and was handed an alkaline smoothie for the walk home. The next morning I woke up feeling like wonder woman. I don’t know if it was the vitamin drip finally kicking in or a combination of all the treatments on the program, but the Cleanse Me Programme certainly did something.

The one day Cleanse Me Programme costs £370. 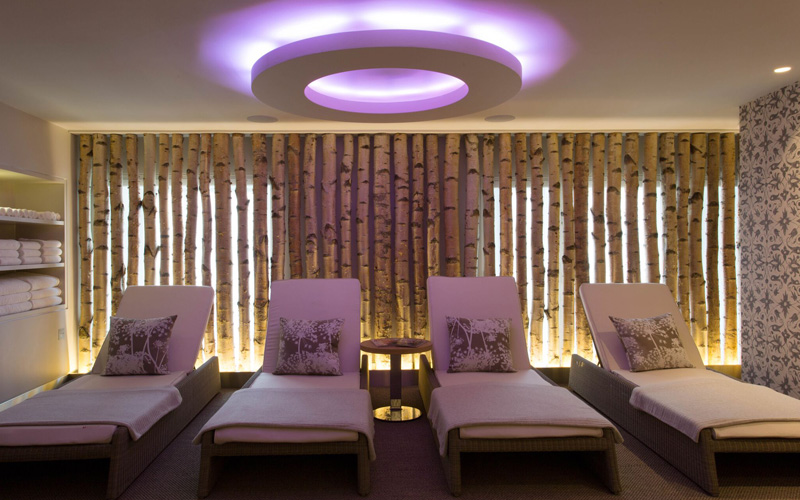