Naam Yoga is hailed as a purifying, rejuvenating and preventative practice. Find out how it works and how it can heal your body and improve your emotional state

WHAT IS NAAM YOGA?

Naam Yoga is a merging of movement, breath, rhythm, sound and the aspect of meditation. The meditation can come in a seated form, or as a quality that comes through the actual exercises in the class. It’s about learning to move and breathe in various rhythms that challenge our mental and emotional capacities, so we strengthen them. So it’s not just a yoga that you’re doing with your physical body. You’re asking your mind and emotions to be present.

HOW DID YOU GET INTO IT?

I was an actress in New York and I had previously been a professional dancer, and yoga had come to my life through dancing. I got deeply into yoga. At first it kind of pushed all my buttons, and I was an emotional mess every yoga class. The yoga teacher kept encouraging me to just let those emotions flow throughout the postures. That was deeply rewarding for me because I had been quite an emotional person all my life, but I didn’t have anyone around me to teach me that my emotions are an intelligence. I ended up training as a Kundalini Yoga teacher. And a number of serendipitous events led me to Dr. Joseph Michael Levry. I was three weeks out from moving to LA to pursue acting and shifting my life. I went to this appointment with Dr. Levry and after 45 minutes, the course of my entire life changed. I didn’t move to LA. I started working for him the next day, and I spent lots of years in New York and started learning from him directly. And Naam Yoga just really blew my mind. Everything just took me to another stratosphere.

It just blew my heart open. Everything that seemed impossible was no longer impossible

WHO SHOULD DO NAAM YOGA?

Naam Yoga is approachable for everybody. I have a woman who is 78. She started coming to classes four years ago. She had a walking stick and she had diabetes and high cholesterol. She takes no medication for that now and she looks more vital than ever. I had another young woman who was on antidepressants for a long time and she has now removed herself from all medication and left her corporate job that was sucking her soul. You can’t say when it’s going to happen for somebody, but if people keep showing up, they heal and become the better versions of themselves, and they walk towards what they want their life to be. 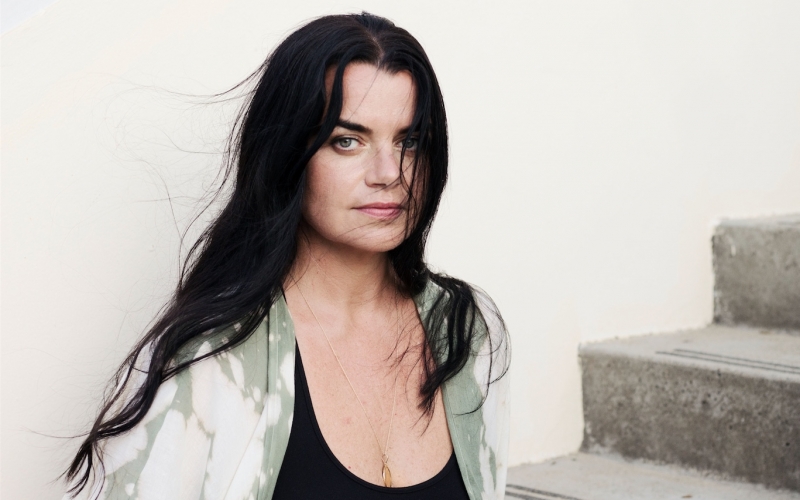 YOU ALSO PRACTICE HARMONYUM HEALING. HOW DOES IT WORK?

It’s taking the autonomic nervous system and switching it on, and it’s a blend between the parasympathetic and sympathetic nervous systems. When they work together, there’s a harmony, there’s a relaxation that happens in the body. And when that happens, healing starts to happen. The healing doesn’t need to mean that you’ve gone through a traumatic situation. It just means, that maybe you’re under stress, your liver’s taxed and that it needs more restoration. It could be that simple. Or you could be going through a massive life change. It comes in on any level that you need it to.

It’s similar in Naam Yoga in that it finds the weakness within you. There’s an intelligence that’s built into the work, and the person receives the unlimitedness of it. It’s for everybody, whether they just want to have some self-care time, or someone needing this once a week because they’re going through something massive and they need support.

HOW ARE NAAM YOGA AND HARMONYUM HEALING RELATED?

Dr Levry created Harmonyum. At this point he’s the only one you can learn Harmonyum from. They’re interlinked in a way that they support each other to create those inner changes. In Naam Yoga it’s you doing it, whereas Harmonyum is the receiving space.

It’s important that people learn to be in the receiving space and the let go space, and to receive touch that is neutral. Touch is super healing

WHAT’S YOUR TOP TIP IN REGARDS TO YOGA AND MEDITATION?

Kindness and gentleness towards yourself first of all. I see a lot of self-depreciation and comparison, and then judging other people based on what they think is right. We don’t know what it’s like to stand in someone else’s shoes, why they do what they do. It really doesn’t matter at the end of the day. The way we respond to others in certain circumstances. When we’re struggling in a situation, sometimes we just need to take a breath and tell ourselves, “I am enough.” That is my core bottom. If everybody could say “I am enough” to themselves everyday when they’re struggling, then they would stop pushing outward and creating more chaos. Whether you’re standing in line at the bank and the teller is rude, don’t make it about you, just say “I am enough” and be kind, or you’re going to a yoga class and you’re comparing yourself to the woman next to you. “I am enough” can be used in every possible scenario that you struggle in because it’s the underlying thread that runs through every fear and insecurity where people think that they’re not enough or that they won’t do enough. So it’s just about coming back to your heart and feeling that you’re enough. 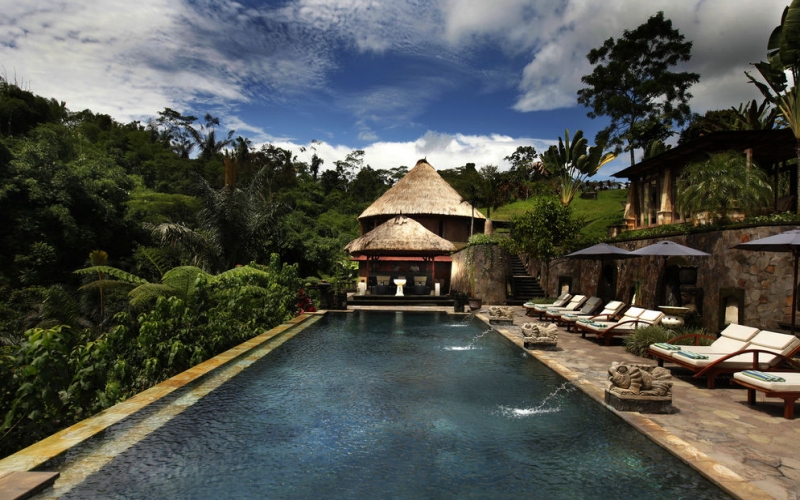